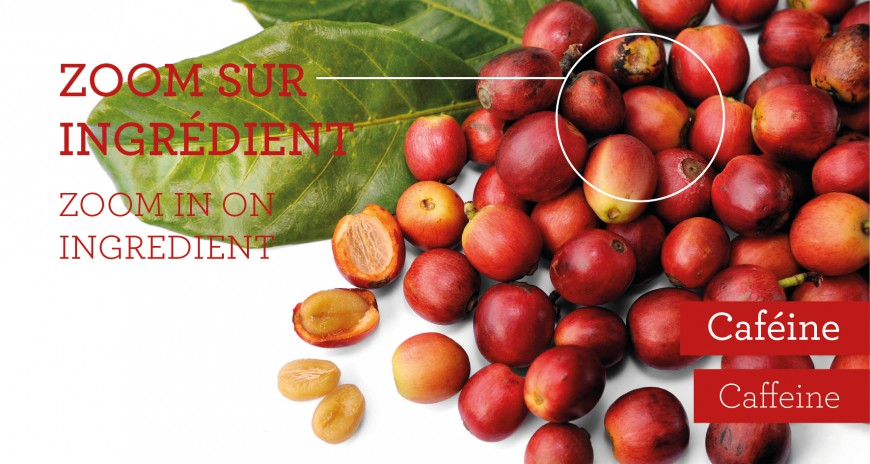 Caffeine is known for its stimulating nervous and cardiovascular properties.

From an aesthetic point of view, it has draining, firming effects, as well as a certain lipolytic effect: it acts by inhibiting the enzyme phosphodiesterase, responsible for the destruction of cAMP involved in triglyceride degradation. The latter are thus degraded into free fatty acids and glycerol, causing the elimination of fat accumulated in the adipocytes.

The caffeine used at GERnétic has several origins:

Green coffee is the ripe but unroasted fruit of the coffee tree, which allows it to retain its natural virtues thanks to its assets not destroyed by heat.

The Yerba mate – Ilex paraguariensis – is a South American species of the same genus as the common holly. Its leaves, roasted, sprayed and infused in warm water provide a stimulating drink – mate – rich in caffeine.

GERnétic products that contain caffeine are: